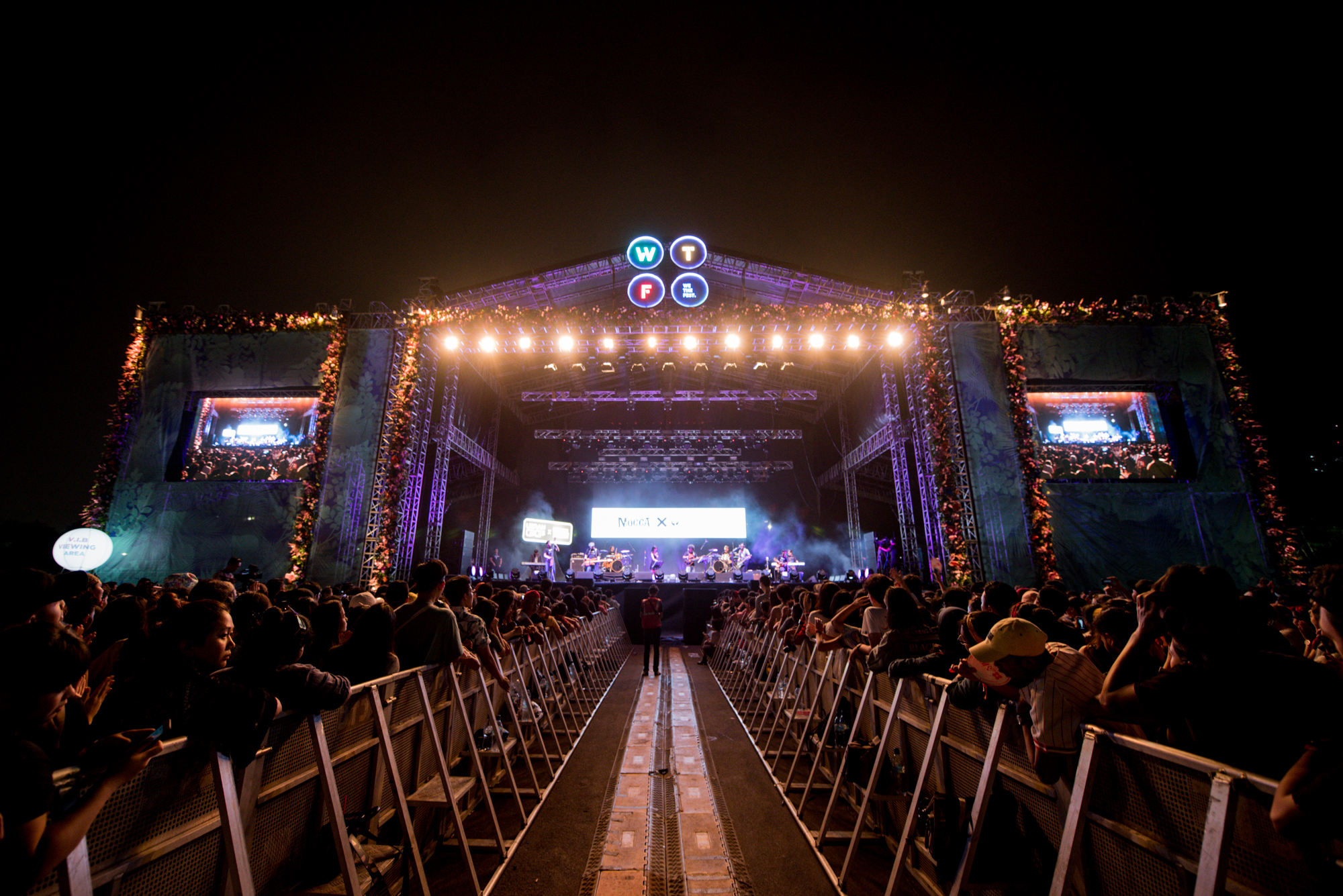 We know that you (including us) all rarely pray, but at least once in a year, you should thank god for a couple of things. Anyways, since we had too much during We The Fest 2017, we would like to thank god for….

1. For Becoming a Rainless 3-Day Festival 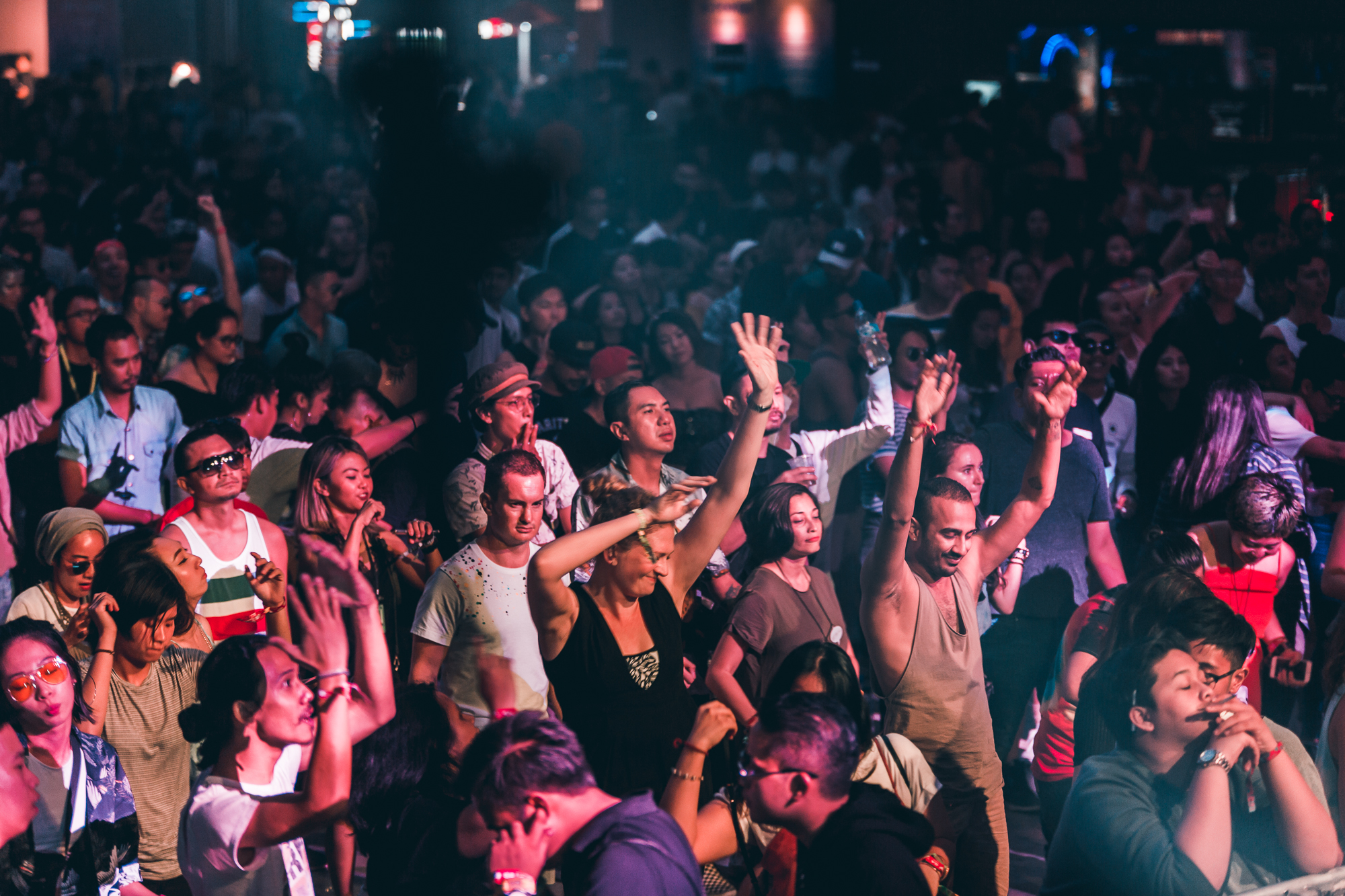 People might have doubted it when they heard that this year’s We The Fest will be held for three days. But against all odds, the team managed to deliver! Three days of great lineup, great fun, and most importantly great weather.

2. For Throwing Back The Life of Highschool

Who agrees that the last We The Fest reminded you to the time when you were still in highschool? Because, O LORD, there were a lot of teenagers (probably under 17s) who also jumped in at the festival and we suddenly felt like being taken to their pre-prom night party. Much love. 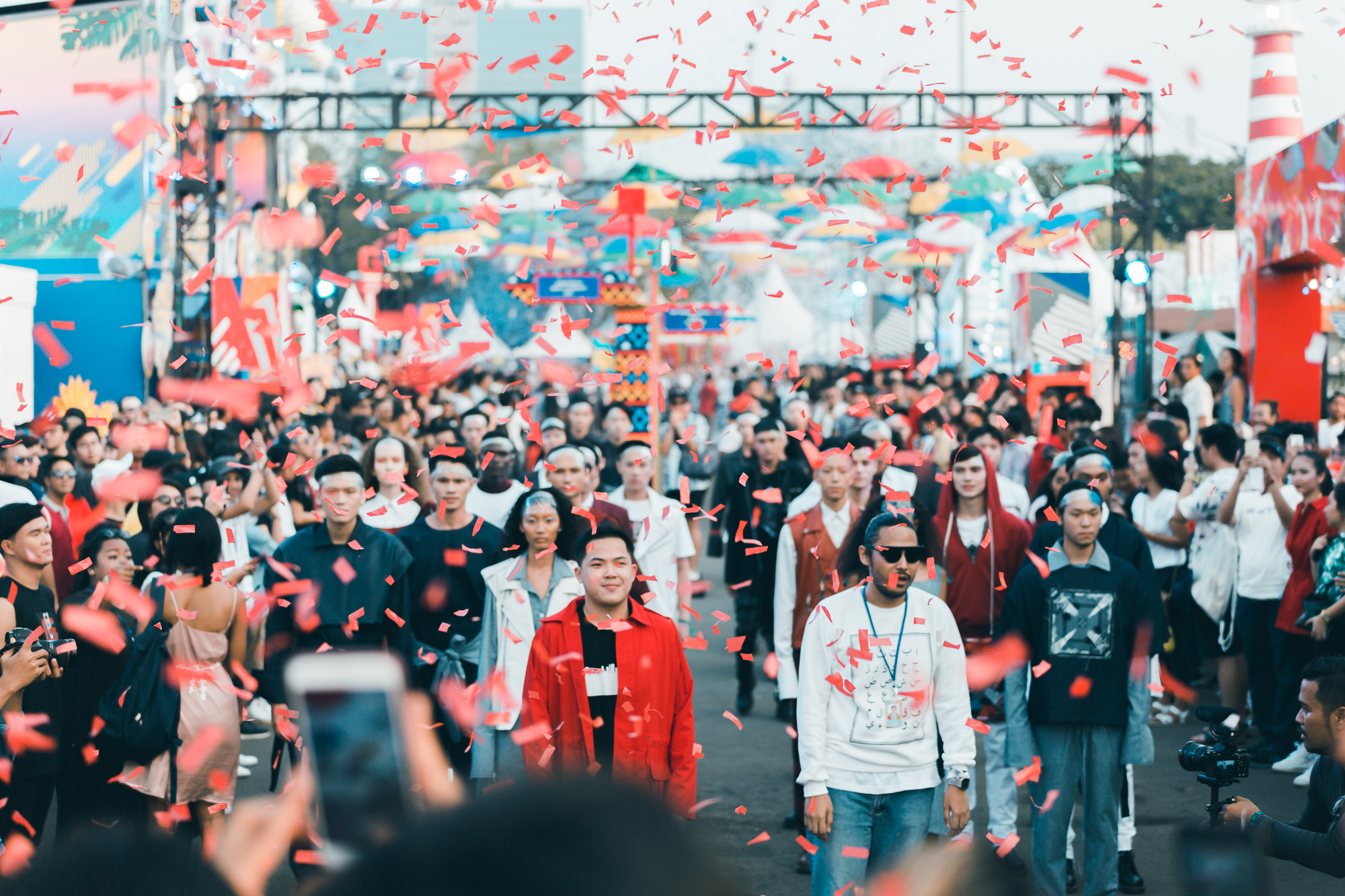 What else in this life that matters the most than having shizload of instagenic photos? Kudos to We The Fest for the eye candy installments which make our photo props look artsy and make us look like a badass music fan. Finally a photo that can garner hundred of likes!   4. For The Opportunity to Wear Edgy Outfit 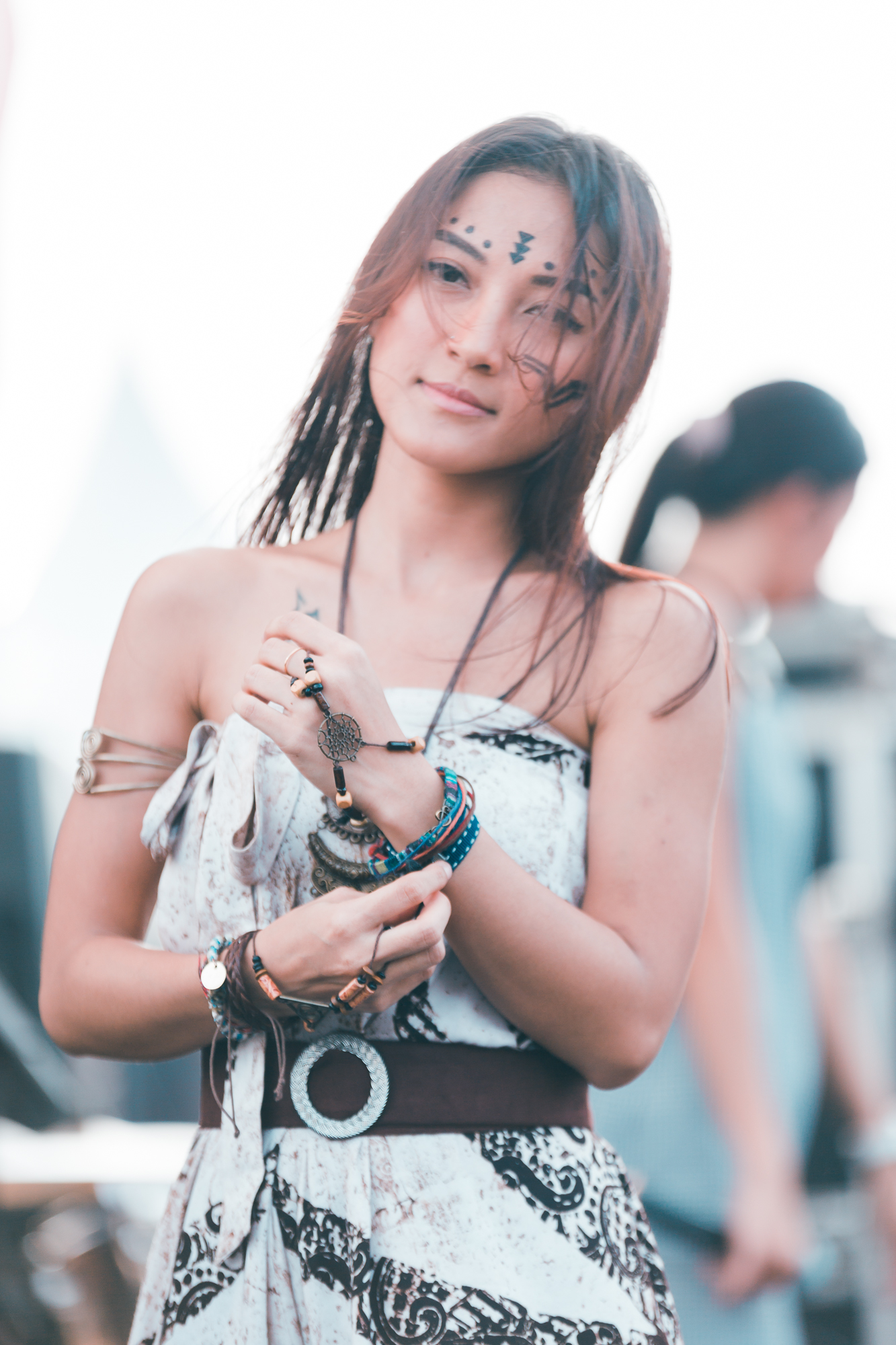 Did anyone REALLY shop for We The Fest? Because we did! We wore our super unique outfit like we just came out of indian tribe. We also love how most of the crowd were so stylish, even some wore heels, please let us know if your ankle survived.

5. For Moving to JIExpo

Not that we didn’t enjoy last year’s venue, but this year’s location was perfect! JIExpo was big enough to accommodate the large WTF crowd. Being at JIExpo allowed WTF to create much bigger stages for all performers. We’re also thankful for This Stage is Banana indoor stage. What a great way to cool off.

6. For Creating a Musical Melting Pot of a Festival We All Deserve 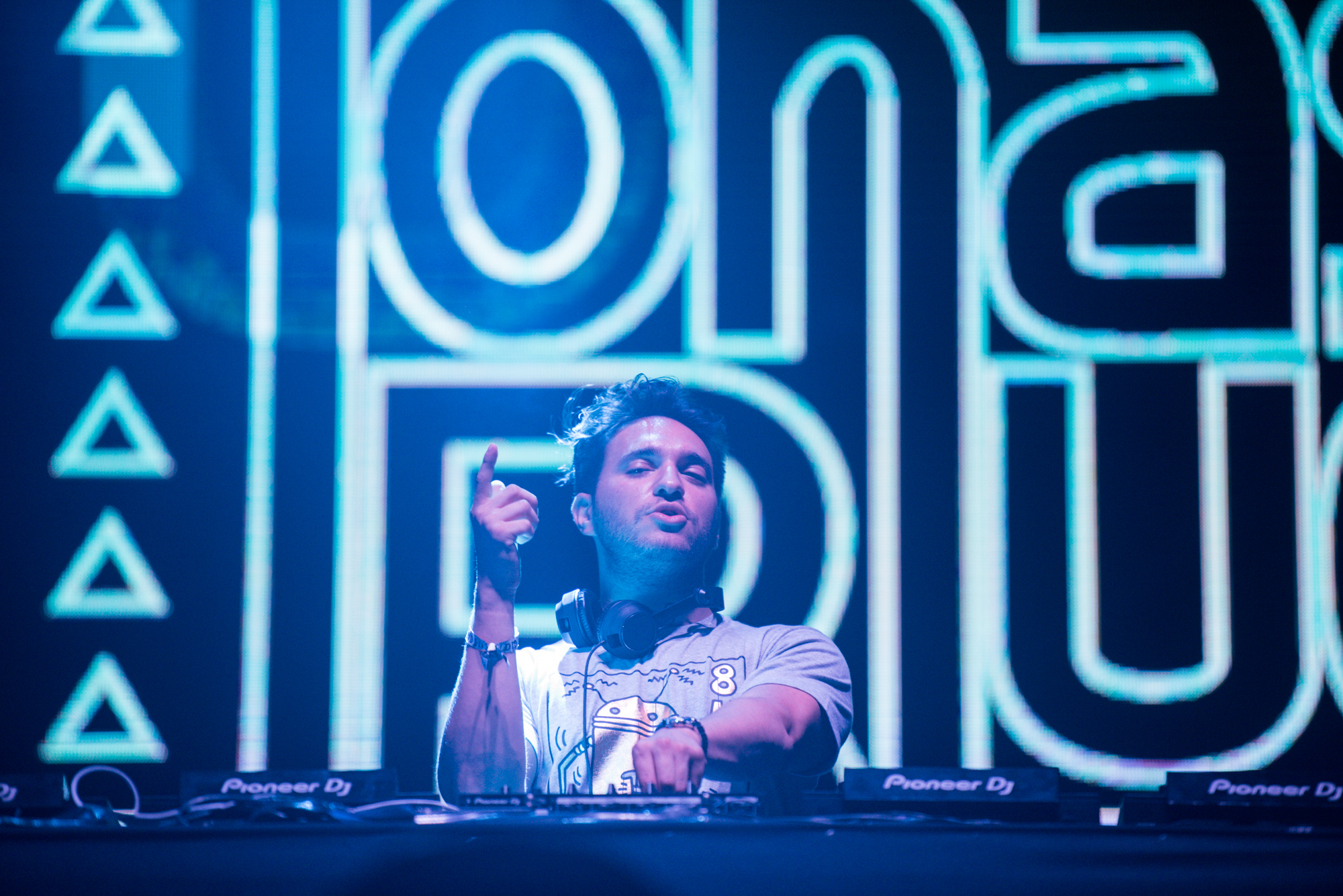 Music festivals are rarely cater to everyone’s like and need, then come We The Fest. But there’s something about this year’s line up that was extra rich. This year no one gets left behind. Bands like The Adams, Rumah Sakit, and LANY satisfied the rock n roll bros. Performers like Yuna, Daya, and Teddy Adhitya made the RnB seeker dance the heart away. For the always sappy soul, Raisa and Danilla were there to heal their broken hearts. Cash Cash, Epik High, and Ramengvrl for everyone with too many swagger in their system. Lastly DJs like Snakehips and Jonas Blue for the hardcore ravers, who couldn’t wait for DWP this December. 7. For The Super Comfortable VIP Arena We don’t know whether you will be thankful for this- BUT WE WOULD! The VIP Arena was just so splendid and we couldn’t think what on earth would happen to us and some celebgrams if this arena weren’t there to save our lives. 8. For Inviting Our Local Heroes 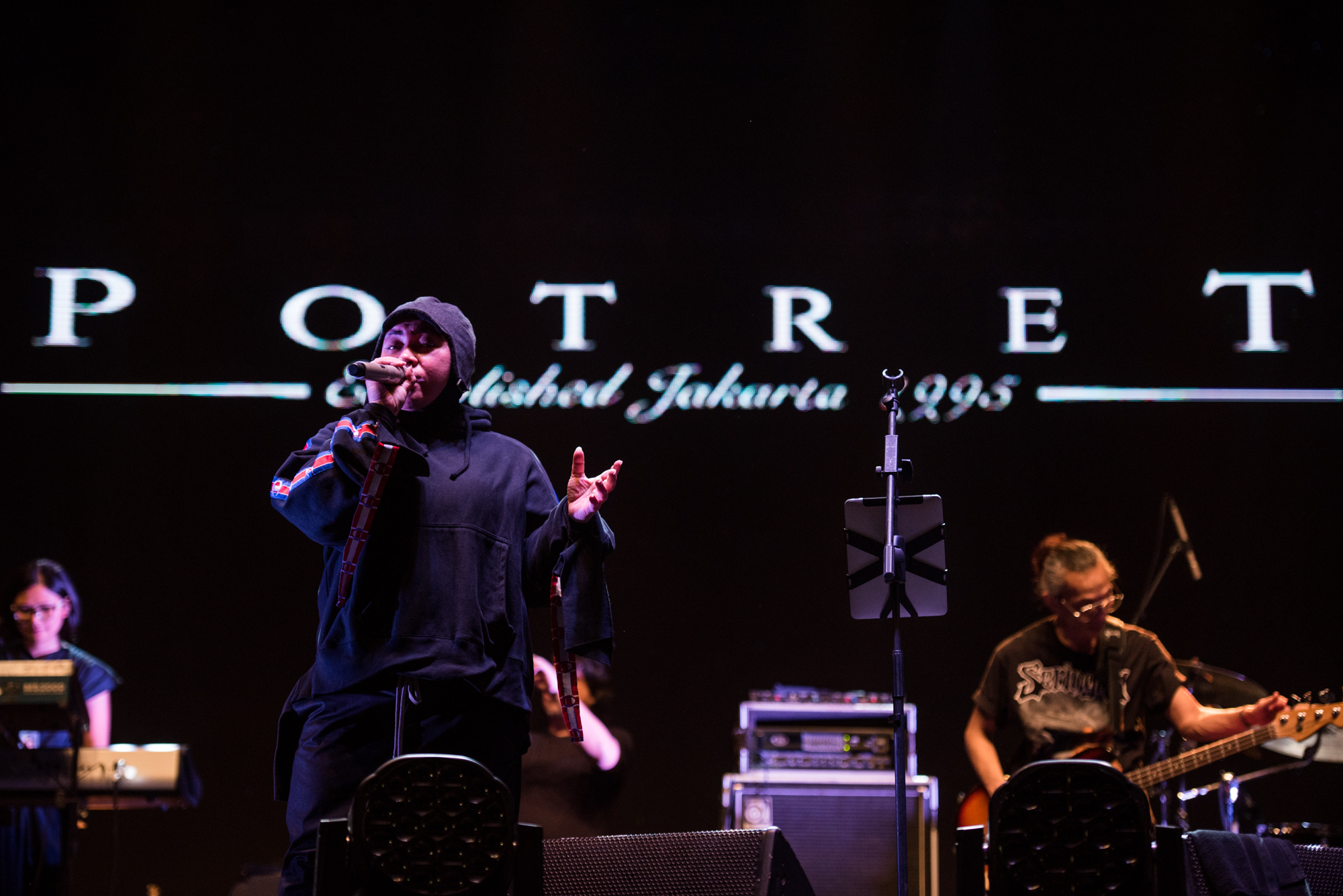 Sure, the international names were great. But you know who we were looking forward to seeing? Our local heroes! The local bands and performers were top notch this year. They got every genres covered. Our favorite would be Ramengvrl who’s swagger control the whole This Stage is Banana area. Watch out, this one is going places! Our other favorite? Potret. Melly Goeslaw sang songs from our teenage day and we couldn’t be more thankful for it. Singing ‘Salah’ and ‘Bagaikan Langit’ with your mates while dancing freely was the flash back we all hoped for!

9. For a Peek Under G-Eazy’s Shirt 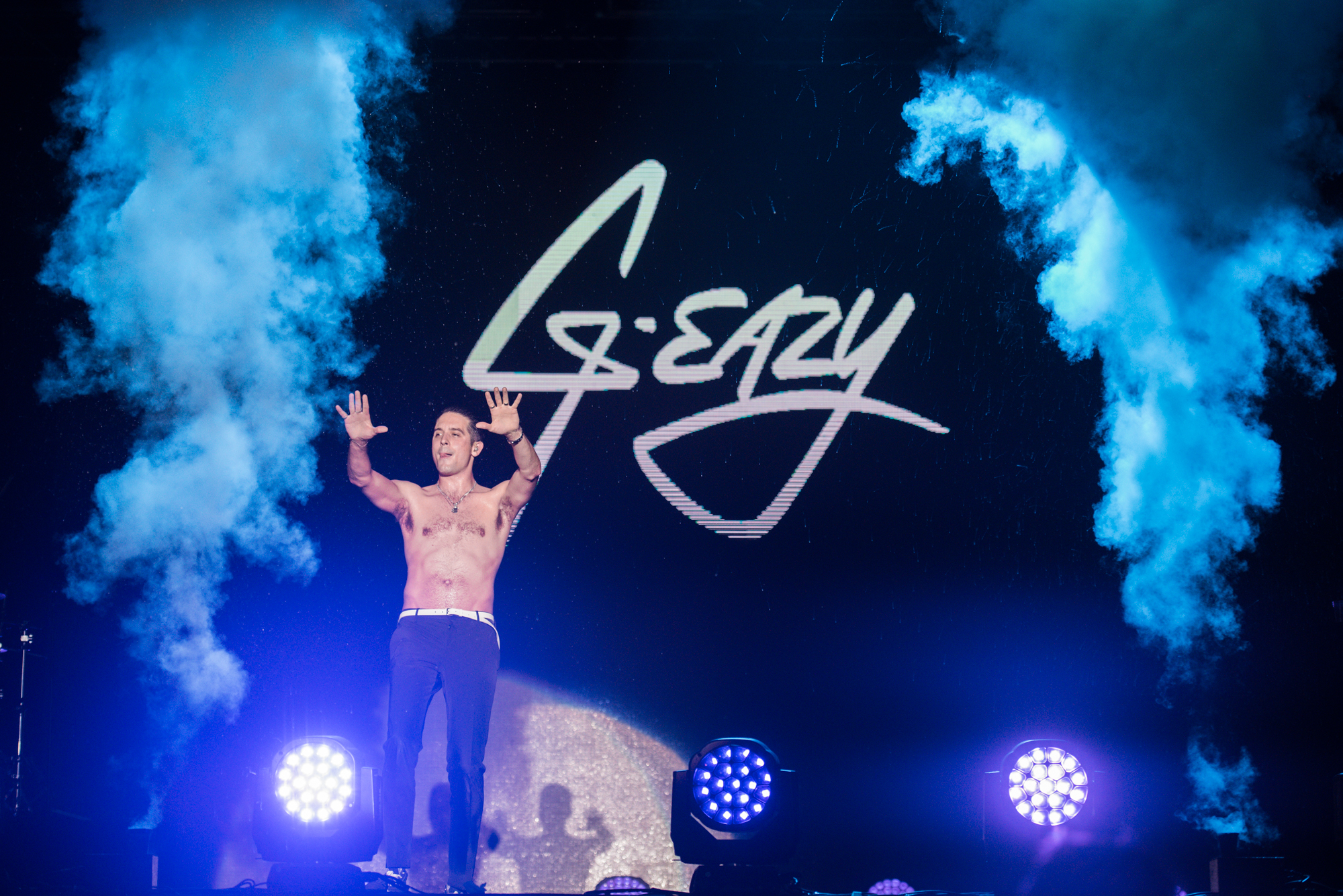 Well to be honest, a peek is an understatement. A few songs in, the WTF heat finally got to Gerald and the shirt if off! Boy, did the ladies went wild. As if his live performance of “Mean It” and “Good Live” weren’t hot enough, he did the rest of his set shirtless. Well, shirtless or not, his set was ground breaking.   10. For Dua Lipa for Teaching Us Her New Rules that Blew Our Mind 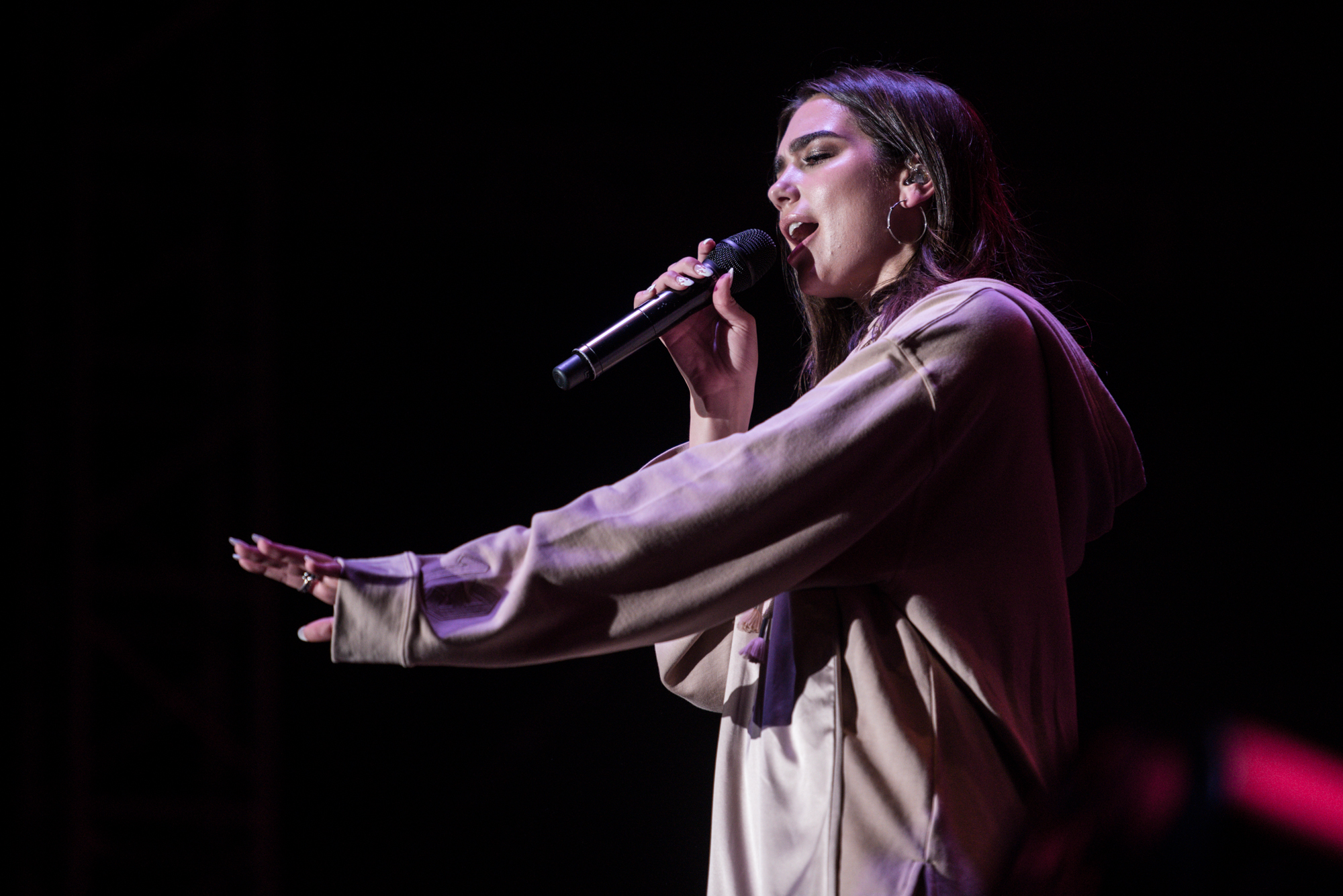 One of the most anticipated performer this year was the British gal, Dua Lipa. Her set was upbeat and engaging. Dua especially turned the heat up during her new song “New Rules”. The song about how to get over a breakup seemed to be a popular one amongst the crowd. Well it’s no surprise, the chorus were so catchy and the beats after “I got new rules, I count them…” just made you want to dance. The performance blew our mind.

11. For a Dry, Rainless Phoenix Set 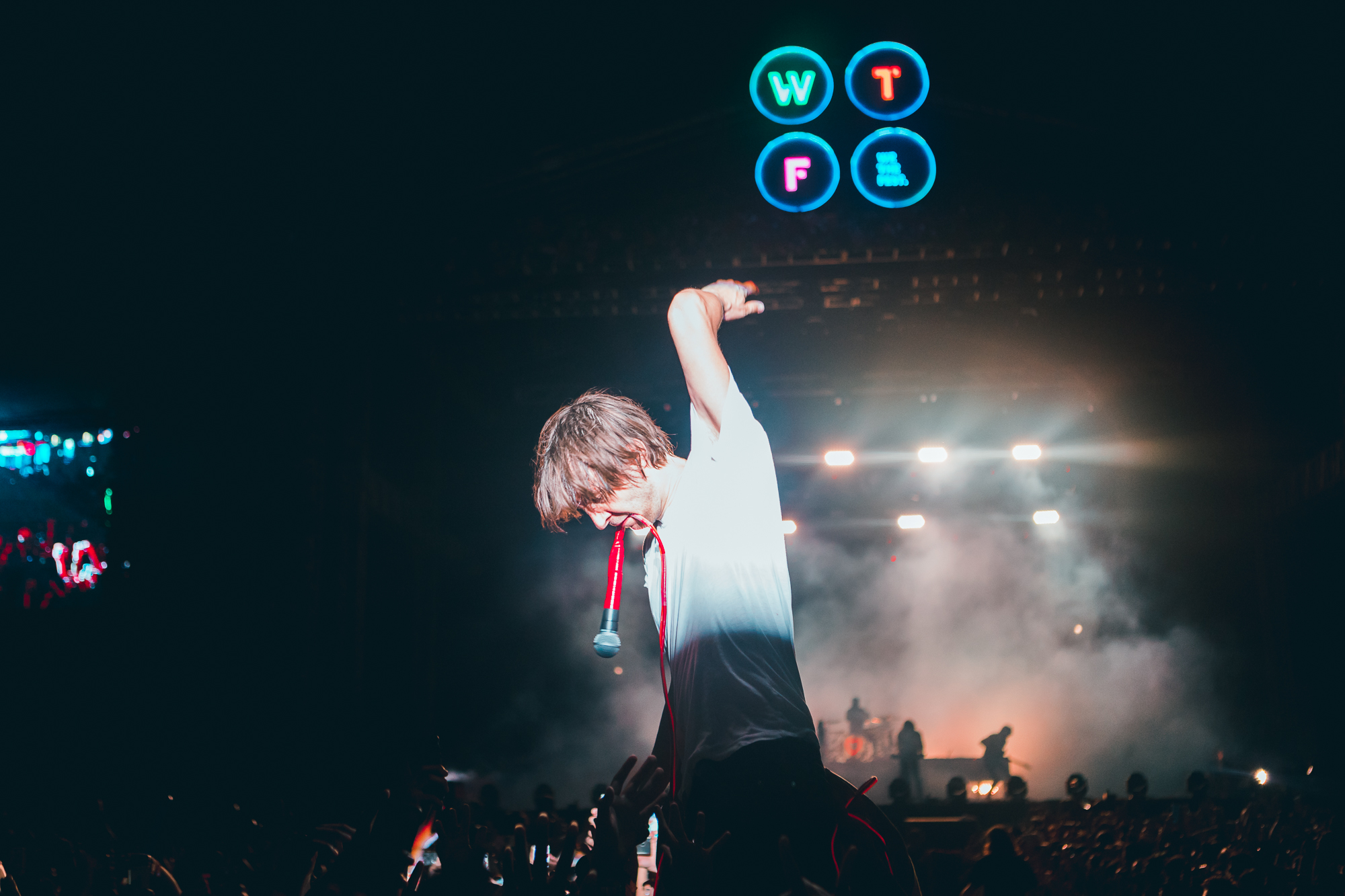 After their incomplete set at Love Garage back in 2014, people were looking forward for the return of this France quartet. This time, everything was the opposite of Love Garage. The band headlined the second day of the festival sans rain, sans technical difficulties, complete encore, and lots of happy and dry, dancing crowds. 12. For the Craziest Rave Party by Charli XCX When we heard Charli XCX will be performing at this year’s WTF we expected a party, but she gave way beyond that. Once we saw the crew installing two “car commercial” inflatable waving men, we knew we were infer a treat! It was just her and two gals, well and those waving men, but it felt more. The swagger that Charli had on that stage made up of the lack of band. For her first time in the country she had made a great and raving impression. 13. The President’s stamp of approval 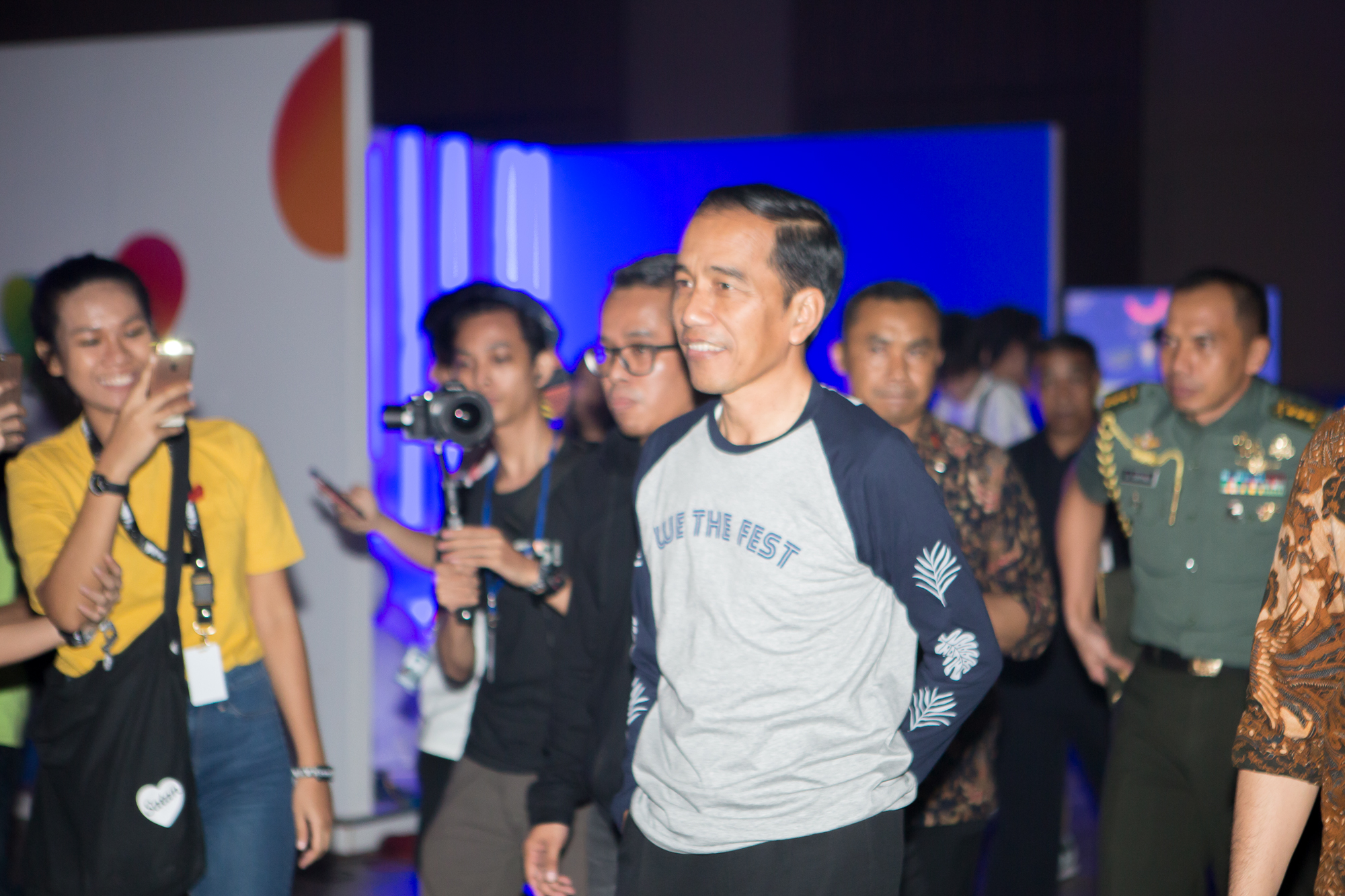 It seemed that we’re not the only ones who’s thankful for WTF17. The number one person in the country aka The President of Indonesia, Joko Widodo was there to show his appreciation towards the festival. The camera was on him in the middle of Charli’s ‘Fancy’ number. Between, Charli’s rapping Iggi Azalea’s verse and the sight of the President on the big screen, people were confused who they were cheering for.

Well all in all, WTF17 had been proof that We The Fest is one of the greatest, if not the greatest festival in the country. From expanding to three days to getting the President’s stamp of approval, WTF17 has done the impossible. See you next year! 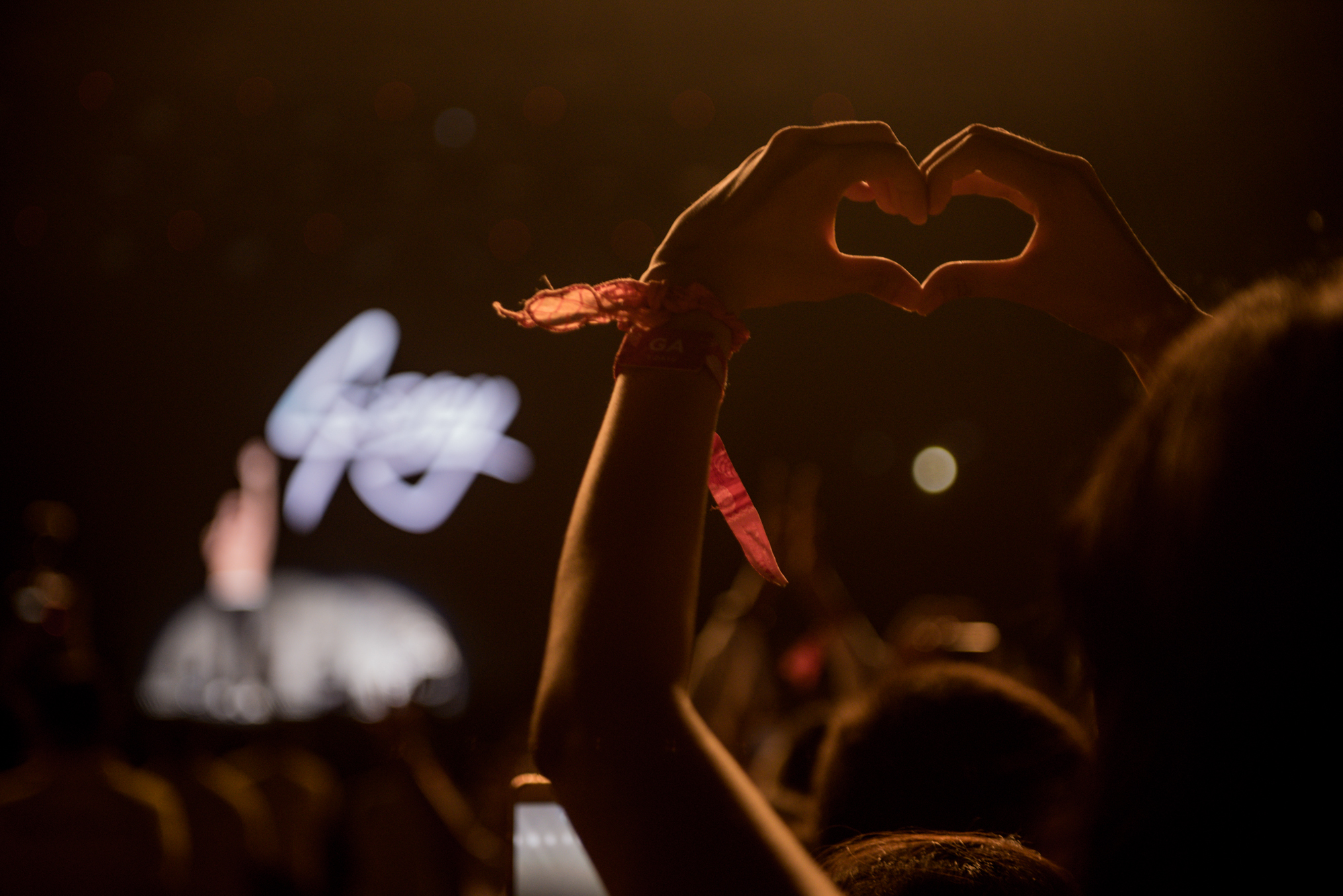