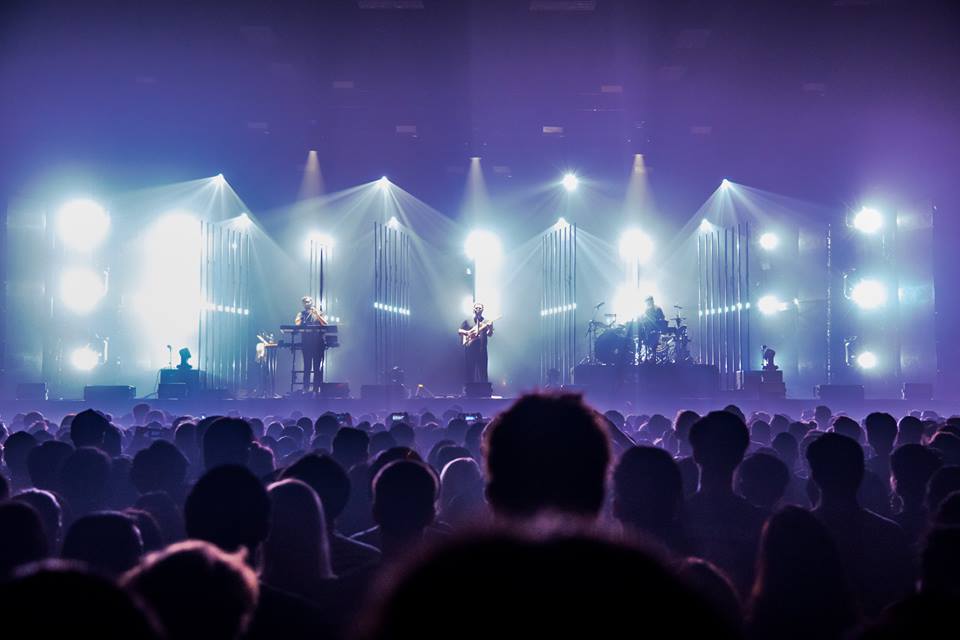 After a year of hiatus, one of UK’s biggest band, Alt-J, came back with their third album, Relaxer. The trio has been on a world tour since the album dropped and it’s about time they made their way back to the South East Asia and for the first time to the city of Bangkok. Medium Rare Live managed to get the band to Bangkok on November the 27th 2017. 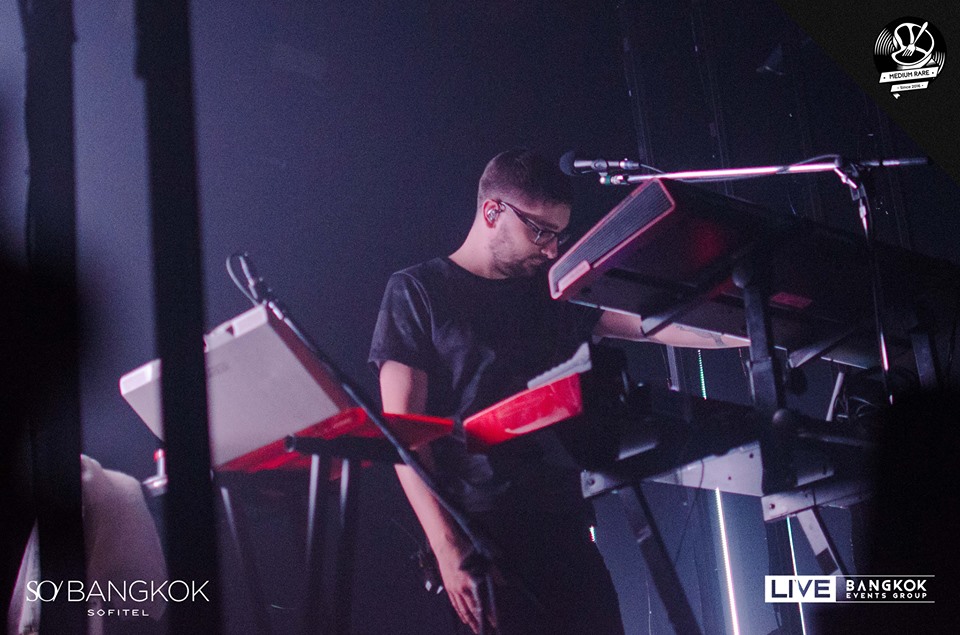 Under the scorching heat of Bangkok’s sun, crowds have gathered round at the parking lot as early as 4 pm too eager to witness Alt-J’s Bangkok debut. The crowds and their chatters filled in the room as soon as they open the door just minutes after 8. The show had no opening act to warm up the crowds. But based on our experience, an Alt-J show needs no warming up. Although, it would be nice to check out some of Thailand’s local talents.

When the clock struck 9, the lads took their place on their first ever Bangkok show. An eruption of cheers immediately replace the chatters and all of the sudden it’s every man for himself. The show started slow with a perfectly executed “3WW” off their newest record, Relaxer. As people sang back the words “ I just want to love you in my own language”, we realize that Joe Newman has perfected the art of writing a modern love song. Another example of Alt-J’s perfection in creating a love song is “Every Other Freckle” which was brought to live perfectly at their Bangkok show. Joe had succeed in curating a highly sexual lyric with, weirdly, a touch of sweetness to it. Lyrics like “I’m gonna bed into you like a cat prance into a beanbag” combined with Thom’s attractive beats and Gus’ complimenting deep backing vocals really make that song whole. 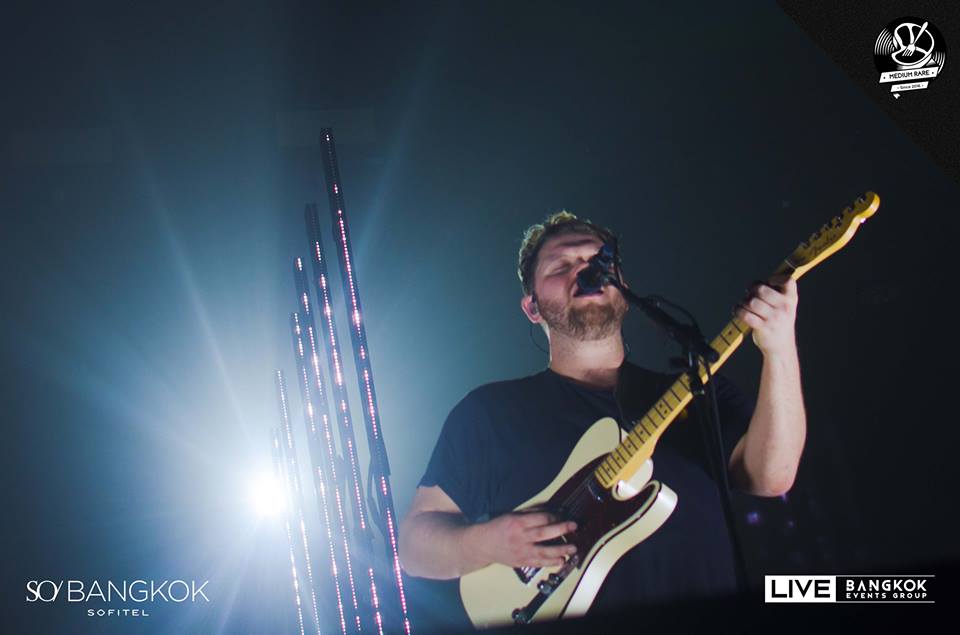 Another crowd’s favorite, and also our’s, was “Deadcrush”. The fifth song on their fourth album has been fans’ favorite since the music video dropped. Everytime the chorus came in, everyone can’t help but sway their hips from left to right mimicking the subjects of the video. Clearly, the video made a big impact on how people consume this song. Other than playing some new stuff from their new record, they also played some Alt-J classics such as, “Something Good”, “Taro”, “Matilda”, “Left Hand Free”, and “Tessellate”. Another song they tried to bring back to life from the second record, which was “Hunger of the Pine”, which unfortunately didn’t quite made it till the end. Having missed some notes in the beginning, singer Joe tried to keep up with the beat but alas, in the ed he ended it with a laugh just as they were getting to the last half of the first verse. Maybe we’ll get lucky next time! 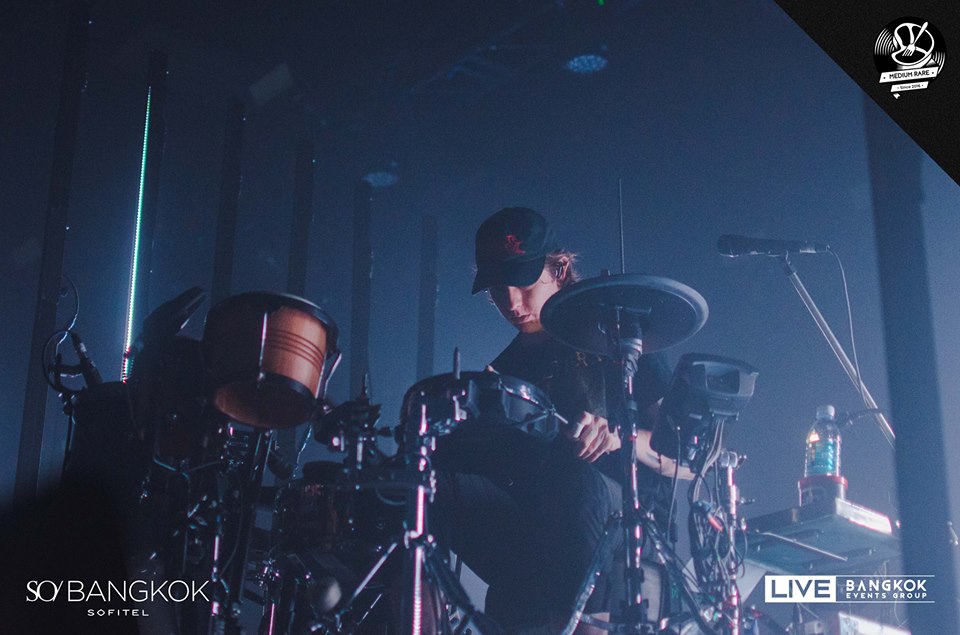 Alt-J’s first every Bangkok show was a roller coaster ride. They created the best set list. Taking us on a ride only Alt-J can provide. They may not be the most energetic looking band out there compared to their peers, they don’t even move that much on stage. But despite all that, only Alt-J could give us a pretty content and calm performance, but still left everyone completely drained, both physically and emotionally.