The Cure, Sia, and Many More for Fuji Rock Festival 2019

FUJI ROCK FESTIVAL takes place for 3 days on weekend in late July or early August every year, and around two hundreds of artists perform on the live concert. The lineup for FUJI ROCK FESTIVAL are big, for example the headliners in past few years include Red Hot Chili Peppers, Sigur Rós and Beck in 2016, Gorillaz, Aphex Twin and Bjork in 2017, and Bob Dylan, Kendrick Lamar and N.E.R.D in 2018In 2019, the festival is estimated to be held on the last weekends of July (26th, 27th and 28th). Confirmed acts include The Chemical Brothers, The Cure, SIA, Thom Yorke, Martin Garrix, James Blake, Takkyu Ishino, etc, and more great artists to be announced in future! (updated in April 2019)

Fuji Rock’s lineup typically boasts top international and domestic artists, with hundreds of thousands of fans gathering at the Naeba Ski Resort for the three-day event, which will be held from July 26-28 this year. Last year, Kendrick Lamar, N.E.R.D and Post Malone on the bill hinted that the festival was moving away from its guitar-heavy roots for the headliners while relying much more on domestic acts for the smaller stages. Still, the raging typhoon proved that wet weather is one constant we can rely on.

So when this year’s first-round lineup was announced on Feb. 7, musical fans from around the world tuned in. 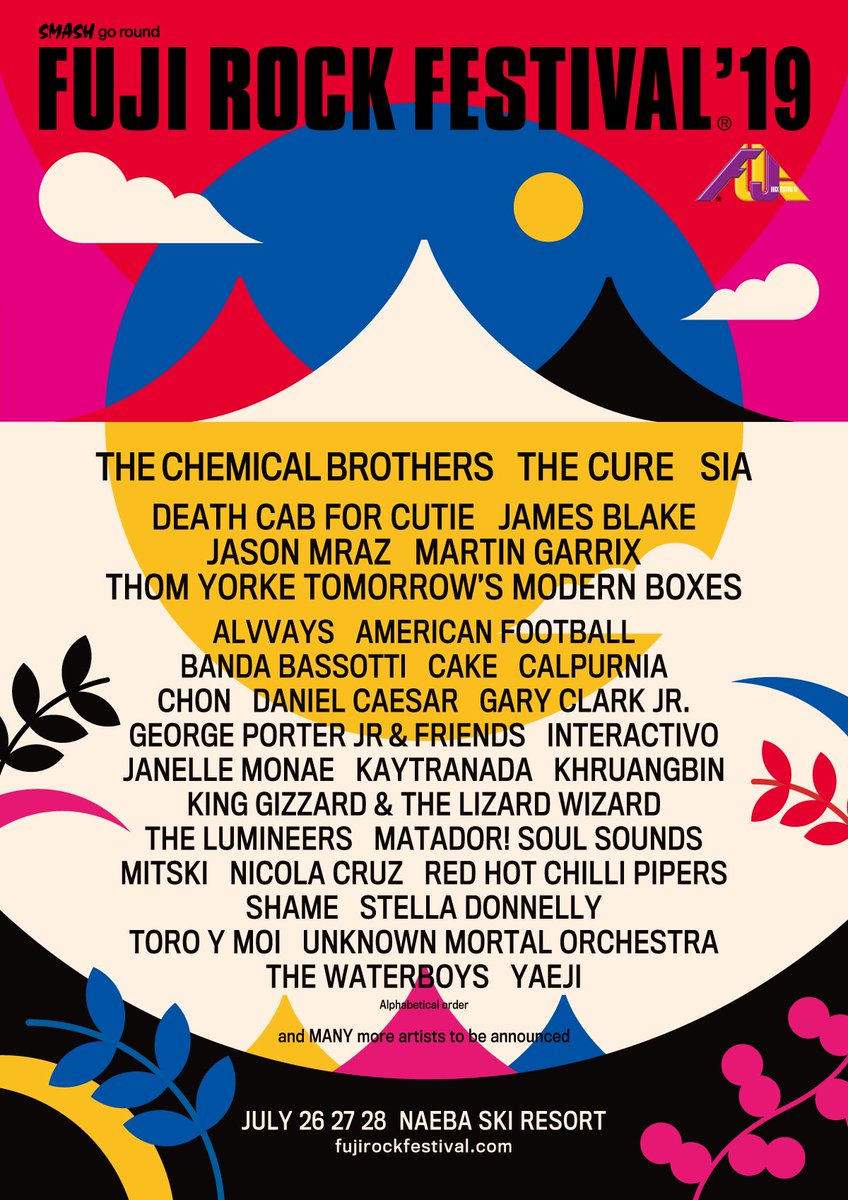 THE CHEMICAL BROTHERS, THE CURE, SIA and MANY more! http://www.fujirockfestival.com/  #fujirock #フジロック

Headlining acts for the festival include pop sensation Sia, post-punk legend The Cure, and rock icon Thom Yorke. This first-round announcement reveals only a few of over 200 artists who will perform at Fuji Rock, with others announced in several phases over the months leading up to the festival.

The hype is real

There has been a lot of hype around the artists announced for this year’s festival, including for James Blake’s newly released album Assume Formand The Chemical Brothers new single “Got To Keep On,” which are sure to be a main focus on the Fuji Rock stage.

The first peek at the initial lineup was on an LED screen at the Shibuya Modi shopping complex, where crowds gathered for the reveal on Feb 8. Concert promotion brand Chord caught the moment on film, with onlookers making ecstatic Japanese exclamations like, “Yabai!” and, “Yossha!” upon hearing their favorite artists’ names. Sia, James Blake, and Thom Yorke seemed to garner the loudest reactions. 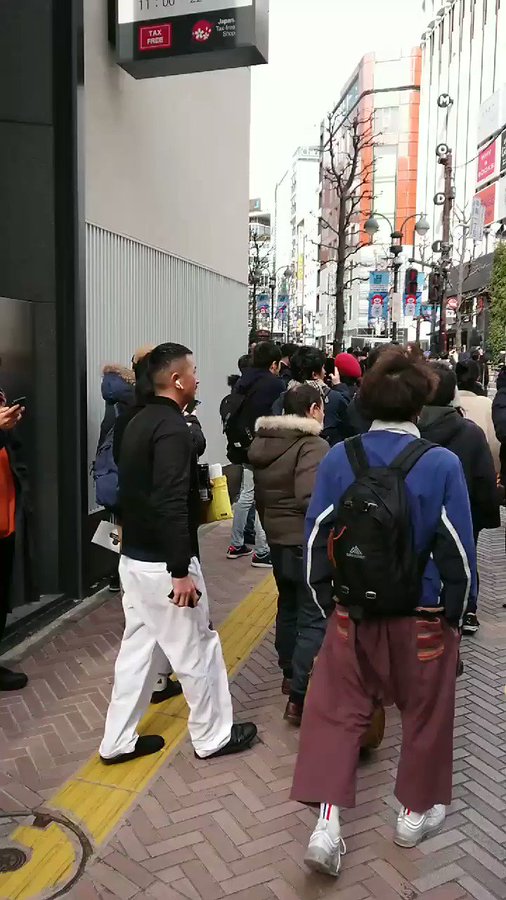 One Twitter user, in particular, could hardly contain his joy at work upon hearing news of the artists performing at the festival this year.

41 people are talking about this

They tweeted, “The Fuji Rock lineup is so amazing, I’m fighting back tears on the toilet at work.”

Surprisingly, the act currently producing the most hype is not a headliner, but several lines down on the announcement: the Red Hot Chilli Pipers. The Internet was buzzing: Is it a typo? Why aren’t they a headlining act? But the Red Hot Chili Peppers played at Fuji Rock just three years ago, surely they wouldn’t be performing again so soon?

“This ‘Red Hot Chili’ thing is so confusing,” tweeted @abaredaiko38.

To clear up the misunderstanding for the befuddled masses, Japanese news and media site Qetic explained things on Twitter.

330 people are talking about this

“The Red Hot Chilli Pipers tour all over the world and are known as ‘the most famous bagpipe band on the planet.’ In their performances, they festively cover songs by Queen, Avicii, Coldplay, Deep Purple, and AC/DC,” they wrote.

This revelation only garnered more attention on the self-titled “bagrock” stars, and fans of Fuji Rock were drawn to the idea.

43 people are talking about this

@kana_ppe tweeted, “I didn’t know what to make of this ‘Red Hot Chilli Pipers’” twelve lines down on the Fuji Rock lineup, but them being a bagpipe band just makes me that much more interested.”

They will certainly not be disappointed if the Red Hot Chilli Pipers live up to their official PR description as: “Bagpipes with attitude. Drums with a Scottish accent. A blazing rock band and show so hot, it carries its own health warning!” With live performances covering Avicii’s “Wake Me Up” as lit as the ones below, that isn’t an over-exaggeration.

Your ticket to three days in musical heaven

Guess what? If you’re convinced you’d like to buy passes to the event you can do so right here on the GaijinPot site with your mobile, laptop or desktop. These tickets are available to anybody living outside of Japan. If you’re in Japan, you can get tickets through the Fuji Rock Festival website (in Japanese).