When We Happily Got Lost in Wonderland

A big event that held the Jakarta invasion is long gone, but the euphoria is not forgotten. promoters managed to create an event with a very good dance music, this year’s theme invasion lost in wonderland and managed to make us who come in the carnival world. By presenting a line of famous dance music artists such as shonky, zito, san holo, party favor, droeloe, alan walker and also someone known as “mozart” in trance genre, he is Andrew rayel and the most influenced DJ in this year, number 1 dj in the world, he is martin garrix!.this event succeeded in drowning the partygoers into the world of very interesting carnival.

This year’s, invasion has 2 stages with different themes, namely the underworld and the main stage of euphoria. The underworld world fills electro dance music in the chill-out genres, tech house, deep house and French house, and this fits with the concept that the underworld carries. But there is something different from this year’s, underworld stage beneath which is outdoors.with the outdoor atmosphere and techno music and french house, the atmosphere is so really excited. Show us your darkness here. And this stage started with local artist and international artist: steven, mayo x kana, ridwan x shawn, DNSW x sixteen, SEB ZITO, Shonky 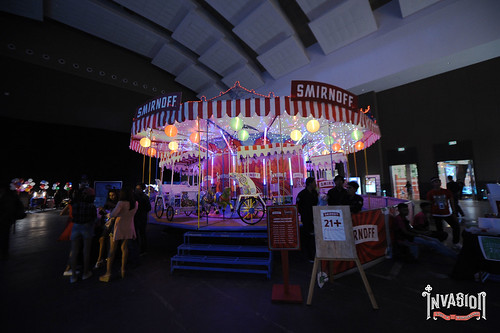 Starting from the opening bysteven and he start shaking the underworld stage, the partygoers began to heat up because steven brought a goodsetlistand thatsetlist invites us to dance casually. aftersteven, there mayo x kana and x shawnridwan. Local artists familiar to the party goers, they play good house music. Next, there is DNSW x Sixtee. they playing back to back (b2b), they present a cool house music. The audience began to heat up and dance After DNSW x Sixteen, there is a waiting international dj, yes they are sebzito. Playing a very good house music,sebzito successfully invite party goers dance on the underworld stage. And last under the stage there is shonky, real name Olivier ducreux. Dj who plays the Japanese home and has an album titled “time zero” is successfully made the bottom stage of the calm core. Partygoers jumping when hear the music played by shonky. Thanks shonky, amazing set. 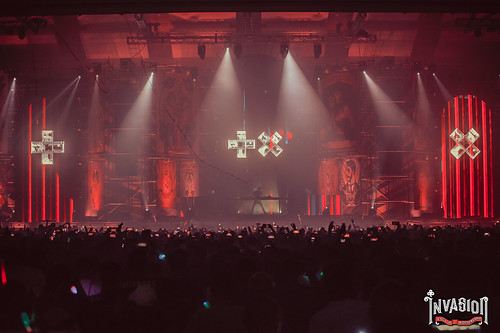 Next is the base of the euphoric stage, starting with local artists such as X2 squad, 3kings, roycoc x david beat and also myrne already shake the main stage by 7 pm, until finally droeloe turn to invite party goers to dance on the main stage. At exactly 19:25,droeloe plays the set with its tremendous trap genre.

Now it’s time for alan walker, On stage, Alan brought Hymn’s song for Weekend popularized by Coldplay and Shape of You owned by Ed Sheeran. Alan appeared high in his typical costume, a black hoodie hoodie and jacket with W on his back. Alan also played his song, processed Alone, The Spectre, and Tired. Wrong, he again brought faded, which also became the opening song.

After alan walker, partygoers are invited to dance by the heated trap music, yes they are party favor and san holo. Starting from a party favor, party goers endlessly prancing and getting crazy by the set played by a favor party, madness trap!

San holo also did not want to miss, playing the flagship song like “light”, “we rise” and also “still looking”, he joined heating the party goers to prance. Good, nice vibe, san holo!

Well the time we’ve been waiting for finally arrived, the most sought after dj in this year, the young man who managed to become dj number 1 world and also dj which became the top beatport no 1 the youngest. Everything, let’s welcome martinGarrix (MartijnGerard Garritsen). Dj who renowned song titled “animal” under of spininn records.he playing a very extraordinary set.the atmosphere is getting broken, thanks to the played setlists.he plays some of his flagship songs like “afraid to be lonely” and also “in the name of love”. Party cast was swept away in the pounding music presented by him. The atmosphere is getting ruptured, party goers jiggle and the place gets fuller as party goers want to see martin closely and share a more lively feel that euphoria. You guys who not come this event are guaranteed will regret! An amazing night with martin garrix! 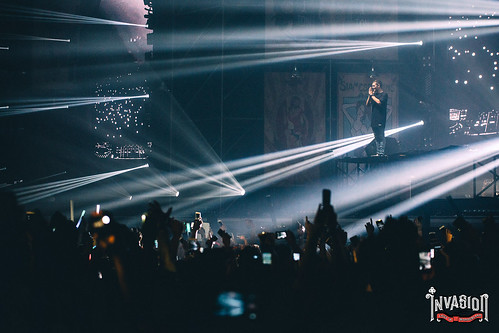 And lastly, this is the ultimate weapon of the Jakarta invasion this year, he is Andrew “Mozart” Rayel. Yaps, Andrew is known by the family trance as a piano-based trance producer. His name skyrocketed because some of his songs are the mainstay of armin van buuren during the asot tour, such as “musa”, “zeus”, “sacramentum”,“aeon revenge” and also “550senta”. Now is the time for invasion 2017 to feel the thrill of trance music that Andrew rayel provides. Andrew brought some of his flagship songs such as “one in a million”, “light house”, “eiforya”, “my reflection”, “ephiphany” and also “never let me go”. started with the thump of #psytrance music entitled “chakra” Andrew immediately party goers with a fast bpm and make the atmosphere become #PSYCHE. The boom of bass music and trance elements of character and the that beat per minute is getting tighter, making the atmosphere very trance.  Andrew also play some tech trance songs and also uplifting trance. Amazing set by Andrew rayel! Unforgettable moment.

Previous: BESTIVAL BALI ANNOUNCES NEW ACTS INCLUDING PENDULUM
Next: Six Proofs That Bestival Bali is the Festival We’ve Been Waiting For