Join Us on The Most Marvelous Journey Through the Soul , Senses and Mind Together with World â€“Class Invaders!

Jakarta, August 28, 2018 – The Largest Indoor Music Festival in Jakarta, will be held on September 14, 2018 at Ji-Expo Hall B3 and C3 Jakarta Kemayoran. Carrying the concept of Tempus Chronicles that will bring invaders to a historical and atmospheric journey that is magnificent in the golden era of the 19th century industrial revolution that combines elements of fantasy and history with a modern touch that displays futuristic technology and innovation. EUPHORICS is ready to present Spectacular entertainment more than just technology and special effects.

Currently Invasion 2018 has announced Full Line Up from the performers, namely Yellow Claw, Sam Feldt-Live, SnakeHips, Don Diablo, Andrew Rayel, and a series of Indonesian Local Dj that will shake the party goers to dance!. 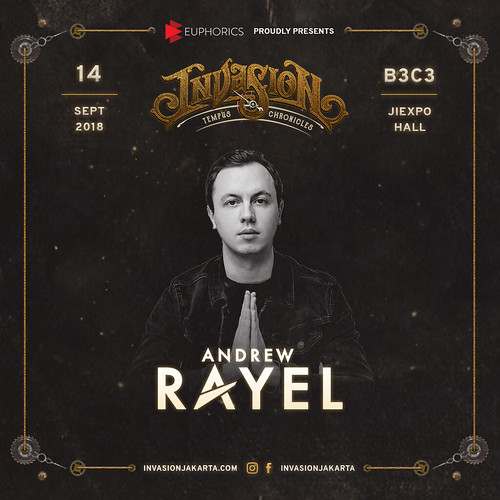 Â  Who doesn’t know Yellow Claw, DJs from the Netherlands who entered the Top 100 DJ ranks with electronic music such as House, Electro and Dub step combined with hip hop and R & B music. The filler of the event that was no less Hits was Sam Feldt – Live, the 23-year-old DJ released a single titled ‘Show Me Love’, which was very hits, to enter UK chart # 4. Followed by British electronic duo Snakehips who are famous for their single, “All My Friends” which was released in 2015 and also their single which duet with Zayn Malik entitled “Cruel”. Â  Don Diablo, is a DJ, producer, musician, singer, songwriter and a pioneer in the world of Dance music. He is currently crowned by the DJ Mag Top 100 Poll, as the best DJ in 11 out of the 100 best DJs in the world, puts Diablo as a high-class artist in the Future House category. He has his own record label called “HEXAGON” and in 2015, his record label won Best New Label in Beatport. The single “Blow” was the first single released by Diablo, and became a Hits in more than 10 countries. March 2018, he released his 9th single entitled “Believe” and dueted with singer and songwriter Ansel Elgort and in April 2018, the 10th single entitled “Give Me Love” in the album “FUTURE” was released and dueted with singer Calum Scott. 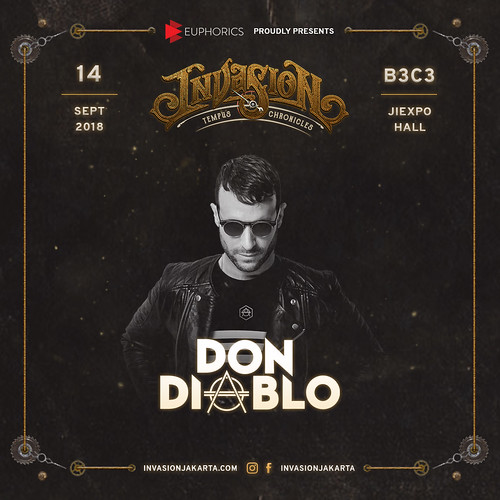 Andrew Rayel is a Kishinev DJ, Russia. who has started his music career since the age of 17 years. Andrew Rayel is under the label The Armada Music, one of the label’s leaders is a legend in the world of DJs, namely Armin Van Buuren. Andrew Rayel also often fills major festivals such as the Ultra Music Festival, Tommorowland, Stereosonic, Electric Daisy Carnival, and A State of Trance. In 2014, Rayel managed to occupy the 24th position on DJ Magâ€™s Top 100 DJ.

Andrew Rayel began making his own record label in Harmony Music in 2017. The 25-year-old DJ was mentioned as Mozart’s The Modern Day. His works of music are considered unique and he is often referred to as “the New Armin Van Buuren”. His latest single this year, entitled “Horizon” was released on February 9, 2018.

Tickets can be purchased online and offline through the official BookMyShow ticket box and www.invasionjakarta.com. For visitors who want to watch and enjoy a more enjoyable indoor dance music festival, we provide exclusive VVIP / SOFA areas. For more information, please follow us on the official Facebook Account, Instagram, and Twitter @InvasionJakarta with hashgtag #Invasion2018, or contact us at +62812 3999 8855.

Previous: Noisewhoreâ€™s Cosmo Pyke Live in Jakarta; Low-light stage with a high-end performance
Next: Jay Sean for Your Upcoming TGIF!