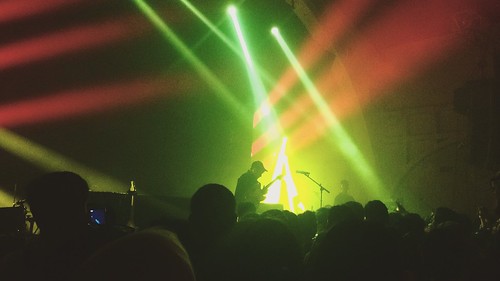 It was a rather gloomy Wednesday night when we made our way to Empirica, afraid we might get caught in a drizzle on our online ojek. We made it dry and a little wind burned, but we were stocked to finally arrived for our second Noisewhore show and to finally see Unknown Mortal Orchestra.

The night started late, we got in to the brochure covered hallway way after 7 and the opening act, which we were equally excited for, Heal, played sometimes after 8. But it gave us an excuse to get our Jameson and ginger ale to get us ready for what’s to come. And we’re glad we prepared ourselves because Heals was a force to be reckoned with! The five piece band delivered an incredible performance! The energy they projected on to the crowds never dimmed for even a second, from the first strum of guitar to the last thank youse and goodbyes. Heals used their time slot wisely in packing as much of their songs in it while leave some room to improvise those many guitar solos. Songs like Monolove, Void, Wave, and  False Alarm, are some of the number they played. Save to say, we were all impressed and we have a feeling that we’re going to see a lot of them in future festivals in and out of the country.

When the clock struck sometimes around 9:30, when everyone finally made their way to the very front of the stage, when everyone was flushed and warmed up while still recovering from Heals, the light started to dim once again. This time, the star of the night, Unknown Mortal Orchestra, took the front and center stage. The New Zealand band opened the show with “From the Sun”. It took no time at all for frontman and guitarist, Ruban Nielson, to get off the stage with his guitar and roam the floor. The crowds welcomed him with open arms and embraced him as if they were old friends on a long overdue reunion. 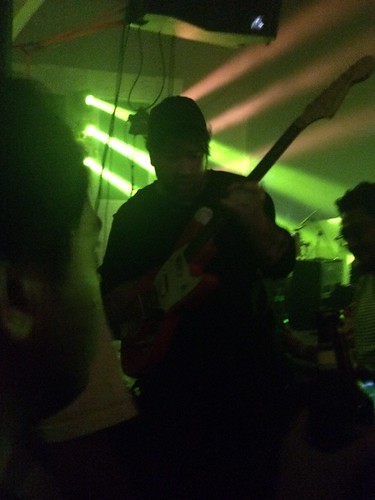 After an exciting opening and impromptu meet and greet, the band went on playing a cleverly mixed of their four albums. Their newest two records, tho, were celebrated the most. Four song from their fourth and latest album was played that night, including “Ministry of Alienation”, “American Guilt” and “Not in Love We’re Just High”.

As the night progressed, the atmosphere in the middle of the crowd changes progressed with it. It started chaotic and in such high energy, until “Necessary Evil” started to play. By then the situation started to calmed down as everyone was recovering from the unbelievably energetic opening numbers. But the situation only lasted until the few last songs. The energy upped as they played  “Not in Love We’re Just High” and it escalated as UMO closed their first set with “Multi-Love”. 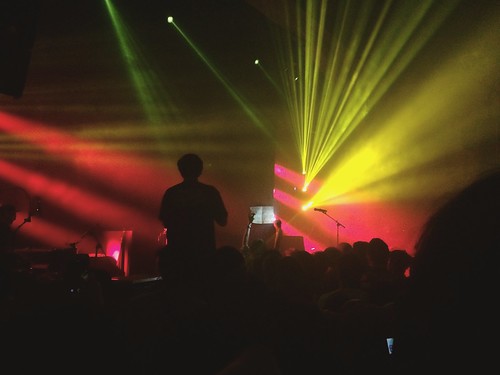 After the usual cheered from the crowd, begging them to come back on to the stage. The guys of UMO granted the crowd’s wishes and stepped back to the stage playing the last three songs of the night. “Hunnybee” and “Can’t Keep Checking My Phone” were the sweet ending to this bitter sweet one hour show.

Previous: From Reunion to Collaboration between Musicians and Indonesian Art Community
Next: NEON ARTS PROGRAMME ANNOUNCED FOR NEON LIGHTS 2018