With We The Fest 2017 approaching, it’s time for you to get to know the performers. Let us drop a knowledge on you with some fun facts! 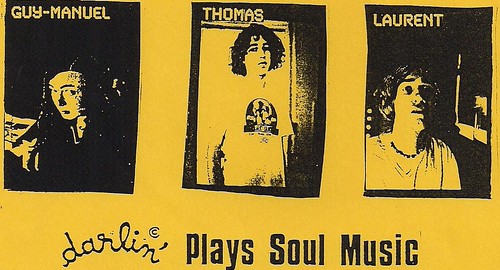 It’s true what they say, the world is a small place. Before Phoenix was even formed, Laurent Brancowitz, the guitarist, was in a band with future Daft Punk member, Thomas Bangalter and Guy-Manuel de Homem-Christo. They were call Darlin’ based on the Beach Boys song. Funny story, a British magazine called Melody Maker labelled the band as a “daft punky trash”. Guess how Daft Punk got their name?

Just like most talented young artist, she started writing and producing her own music since she was 14. She started putting her own songs online before being approached by a music promoter that ran parties in East London and invited her to play at one of them. But being 16 and performing at an illegal warehouse in Hackney Wick got her parents worried. But instead of telling her to let it down, they instead went with her. Family support at its best!

it seems that musical talent runs in the Lipa family. Before the British-Kosovar singer Dua Lipa started listening to singers like Nelly Furtado and Pink, she grew up listening to his father’s, Dukagjin Lipa, a Kosova Albanian rock singer.

Instead of being in an industry worshipping fame and glamour, the rapper known as Big Sean is a very spiritual person. He opened up about his meditation process before he records a song. He credits his mother for his interest in spiritual. His mother would give him books to read as a kid.

5. G-Eazy missing Drake’s gig to avoid getting an F

Education first was definitely the motto of Gerald Gillum, mostly known as G-Eazy. When the rapper toured with Drake during a break from his classes at Loyola University in New Orleans, he was forced to miss some dates to get back to a class. While granted permission by most of his teachers to go on tour, he sadly couldn’t got one from this particular teachers that’s going to fail him if miss another class. So instead of getting wild on the stage with Drake, he went silent in a room for a class.